Last March, on a rare afternoon that we got a ‘day off’ from the kids, hubby and I were able to use the Metrodeal voucher that I got, for a good for 2 meat-all-you-can lunch buffet at KPUB BBQ in BGC Taguig.

KPUB BBQ is the country’s largest Korean restaurant with a KPop theme. And though it’s not my first time there, I was still excited to try the food this time with the hubby. As parents would know all too well, eating out with kids would almost always mean fastfood (Jollibee or McDonald’s), so having Korean food was a welcome change for us.Offered with the voucher was the No Limits Php 899++ buffet of 20 kinds of marinated meats plus premium dishes that can be grilled on an infrared smokeless grill on each table. Also included were unlimited servings banchan or side dishes, soup and salad. Not included though are the drinks, we opted to get unlimited ice tea and soda. They also have a 10% service charge.

From where we were seated, we can see the huge LCD monitor that played famous KPop songs. They also have band performances at night.

Once seated, our table’s designated server explained how the No Limits buffet works (basically unlimited time to chow unlimited meat choices) as well as give you a demonstration on how to work the grill.

We were given 3 sauce choices. There was one that was sweet and spicy (Chojang), sweet and salty (Ssamjang) and their signature sauce (vinegar based with mustard and onions). I liked the 3rd one the best.

Banchan platter was served next consisted of kimchi, mashed potato with egg and my favorite dilis or anchovies (pinashushal lang! Hahaha). They also served steamed egg (Ke ran ggim – not in picture and medyo walang lasa for me), mixed green salads and korean noodles.

Hubby and I ate both have hearty appetites so we wasted no time with the food haha!

Excited to man the grill. PS. Even if it’s smokeless, you’ll still smell a bit amoy-usok after.

Wala nang masyadong picture after the meat were cooked because we got too busy eating! We liked the pork belly, marinated beef short rib, beef sukiyaki and the korean style bacon. By the way, you will also be given the choice of either plain white rice or bibimbap.

I got bibimbap which was good!

To cap off your Korean food adventure — Korean ice cream, Melona! Another favorite!

My overall verdict? 4 thumbs up! Hubby’s included! I’d like to think that I’m pretty adventurous when it comes to food  but hubby is not. I’m always encouraging him to try new restos :). So this experience was an awesome way for us to explore something different from what we’re used to. And from how sikip his polo shirt looked afterwards, I’m pretty sure he must have enjoyed the food as well haha.

How about you guys? Tried anything new lately? 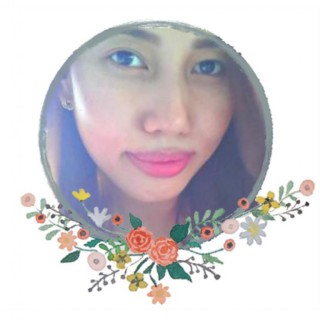